Commercial litigation typically proceeds in the same way as general civil litigation. If a debtor abstains from paying their dues or fulfilling their duties in general, the creditor to such obligation may resort to a commercial lawyer specialised in commercial disputes. A plaintiff’s lawyer will typically attempt to seek amicable settlement with the debtor first although this is generally not a pre-litigation requirement in Egypt. This is normally done through serving a formal court notice to the debtor identifying the debt or the breach and demanding performance within a specific duration. If such an attempt at amicable settlement fails, the plaintiff’s counsel may, depending on the particulars of the relevant dispute, be able to proceed immediately with launching a commercial court case before the competent court. Potential litigants should be aware that notice requirements in Egypt are quite stringent and litigants should expend their best efforts to conform to the notice requirements to avoid wasted costs in time and money in litigation. Oftentimes, notices must, in order to produce the intended legal effect, be sent via court bailiffs. If the debtor fails to comply with the obligations laid out in the official notice, the plaintiff’s lawyer files the lawsuit. A court hearing will be scheduled before the relevant commercial court. Both parties will attend before the judge and would normally be allowed a chance to present their oral pleadings as well as their written submissions (including prayers for relief) to court. There is no jury system in Egypt and, therefore, commercial cases will always be reviewed and decided by a panel of judges. Depending on the complexity of the case and whether or not technical issues are involved, the court will likely refer the case to an expert assigned by the Ministry of the Justice, to examine the technical aspects of the case and to report its findings to court in a written format. After various written submissions, short oral hearings and the production of the expert report, the court will normally proceed with issuing its judgment.

Appeals are common in Egypt and usually only appeal judgments are enforceable in Egypt. Once an enforceable judgment is obtained, enforcement procedures are commenced. Enforcement is time consuming, but creditors are generally eventually made whole. Furthermore, creditors may be able to pursue and effect a precautionary attachment on the debtor’s assets. While imposing a precautionary attachment is not frequently granted, it remains a possibility that is worth exploring as it provides the debtor, depending on its status and circumstances, with an incentive to reach an amicable settlement of the relevant dispute.

In response, Egypt has formed several economic courts specialised in certain commercial claims and claims above a certain threshold. These economic courts are designed to resolve disputes faster, have judges with experience in such claims, and have their own list of experts that are capable of dealing with the types of matters brought before these courts. As a result, there are types of disputes which may either fall under the jurisdiction of the general commercial courts or the more narrow exclusive jurisdiction of the economic courts. These commercial disputes generally, but not exhaustively, fall into the following categories:

The legal field is gradually changing due to the changes occurring in administrative rules and regulations, the economy, and the law itself. Commercial litigation is continually evolving to adapt to the market’s needs and technological advancements.

It is clear that there will always be a need for commercial litigation even as commerce evolves. With the recent growth in the Egyptian economy, the market’s requirements have evolved, and Egyptian legislation (commercial law specifically) is seeking to keep up with these changes by, for example, regulating online trading, new and sophisticated technologies. In Egypt, regulation is growing in regards to online businesses, crypto currencies, online exchanges, fintech and technology in general. Plaintiffs have found new grounds to litigate, such as patent infringement and personal data protection disputes. In addition, tech companies are growing significantly and playing a larger role in the growth of the commercial litigation practice areas. These are the companies most likely to engage in high-risk and high-value litigation because of the nature of the subject matter, the sensitive nature of the disputed issues and the commercial and/or criminal liability involved.

The legislature is dealing with these issues a priori and creating special fora to deal with matters falling under these new commercial matters. The judiciary is evolving as well. Courts dealing with these new commercial, economic matters are exerting considerable efforts to come in line with the times. For instance, there are now experts that courts will appoint to forensically analyse emails and digital documents to establish the authenticity of digital documents including contracts. Courts are also beginning to digitise and some commercial courts already allow for the filing of cases online through dedicated platforms.

Another benefit of commercial litigation is that final judgments rendered by the local courts are binding on the parties and are automatically enforceable. Foreign judgments or arbitral awards are not automatically enforceable in Egypt and, as such, plaintiffs seeking enforcement in Egypt will need to go through the local commercial courts anyway. As such it is usually better to avoid duplicating work and going through commercial litigation ab initio. This is especially so seeing that a creditor can invest time and money towards obtaining a foreign court or arbitration ruling but afterwards find out that said party will be unable to enforce such a ruling/award because the relevant ruling/award happens to include a violation of public order and/or morality in Egypt. For instance, a foreign ruling/award granting interest at a rate exceeding 5 or 7%, as the case may be, would not be enforceable in Egypt seeing that interest rates are regulated in Egypt by virtue of mandatory statutory provisions that form part of Egypt’s public order. Hence, such an inconsistency with mandatory provisions of Egyptian law could compromise the possibility of enforcing such a ruling/award within Egypt’s territory.

On top of the list is the time consumed in commercial litigation which can be relatively lengthy when compared with the rate with which final, enforceable court rulings can be obtained in other jurisdictions. Also, seeing that Egyptian courts normally operate in public and the rulings said courts issue are, under Egyptian law, part of the public domain, parties to confidential agreements or to commercial agreements that contain sensitive, confidential information would have to think twice before entering into a contract that does not provide for a confidential means of resolving disputes, such as arbitration.

Shalakany in The Legal 500 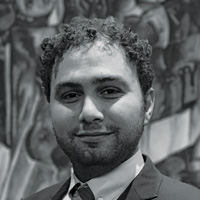 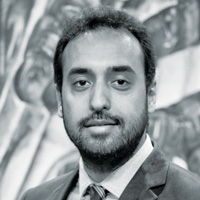 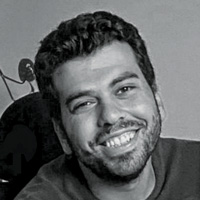