The revised Market Abuse Regulation (MAR) came into force on 3 July 2016. Like several similarly important European initiatives, it suffered delays in its finalisation. Unlike certain other important initiatives (such as MiFID II), it did not benefit from a delay. Therefore, large parts of the industry spent the early stages of 2016 hurrying to try to get ready for MAR. This articles reviews the post-implementation environment in three different aspects of MAR.

It only became apparent to the industry late in the MAR process that the deletion of a recital, which in effect said that sales notes did not amount to investment research, was in fact a policy change rather than a legalistic tidy up. As a result, for the first time a large number of short-term recommendations were caught by disclosure requirements originally drafted for research.

It appears that firms generally were able to take some steps to satisfy the new requirements, and to provide new disclaimer wording in investment recommendations where they were being caught for the first time by the new definition. It would probably be unrealistic to suggest that the industry is now perfect in this regard. Some of the imperfections were an inevitability of the legislation – it is impossible to provide the past 12 months’ recommendation history on day one when firms were not tracking such recommendations before MAR came in. It is also proving difficult to get the necessary parts of the disclaimer in the recommendation itself – the use of hyperlinks, or of emails, containing some of the wording is widespread. Arguably, this should not prove problematic in the long term – regulators will probably understand that a link contained in the investment recommendation itself is as good as they are likely to get. But it is probable that some firms are still struggling to capture, and provide, the information on the active disclosures (those which will vary according to the identity of the recommender and instrument) in time.

It would not be surprising if the Financial Conduct Authority (FCA) was to undertake some type of thematic review of the industry’s attempts to solve the many difficult conundrums contained within the investment recommendation regime, so as to be able to give further guidance (perhaps in 12 months’ time) so that firms can then continue to adjust their processes.

Monitoring for suspicious transactions and orders

Firms should already have been using manual and (usually) automated systems to detect suspicious transactions. Requiring the monitoring of suspicious orders is far more challenging. In a highly-automated world, this might require thousands more data sets to be analysed, without the ‘peg’ of a transaction upon which to make a determination as to whether or not there is cause for suspicion. Indeed, this appears to be one of the areas of MAR where the technology appears not yet to have caught up with the policy. Firms are either struggling to make progress in adapting existing systems to capture orders at all, or struggling to produce useful data from the analysis of orders, given the breadth of the definition of the word ‘order’. Firms are likely, for the foreseeable future, to be falling back on the helpful guidance given by the FCA that it expects firms to be able to show reasonable efforts to have complied in this area, and a plan to achieve full compliance at some point in the future.

One aspect of MAR that firms will be well advised to be completely on top of already is the new market soundings regime. This is because, first, the campaign against market abuse is so central to the FCA, and second, because the measures are viewed by regulators as being incremental rather than revolutionary. Indeed, part of the challenge in a post-MAR environment is for everyone to get used to the extra degree of process and detail required to comply with the market soundings’ ‘safe harbour’ (if we are indeed allowed to use those words). There have undoubtedly been some grumblings about the new process, although (presumably) over time people will get more used to it. Arguably, the greater change has been the combination of MAR with the decision in the Ian Hannam case that information is inside, because it is precise, if it is 5% or more likely to occur. That decision brings many more circumstances within the boundaries of the market abuse regime than had previously been thought, and therefore captures many more circumstances where the new rigour of the wall-crossing regime applies. When this is so, the wall-crossing regime seems more like a revolution. In particular, the post-MAR environment appears to have thrown up many more questions relating to (for example) debt capital markets, or M&A, where the analysis is actually centred around whether the information is inside or not – an area that MAR did not, itself, really change. It would not be surprising if firms’ progress in this regard was also part of a post-MAR thematic review.

It is unlikely that the FCA will carry out widespread visits on MAR compliance, or use heavy-handed enforcement powers, in the short term. But it is equally unlikely that it will never do so. The key for firms, as the FCA itself suggested in relation to suspicious transaction and order monitoring, is to be able to show what efforts they have undertaken to date and to have a reasonable plan for achieving full compliance in the medium term. 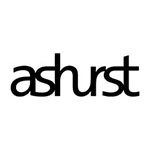 Ashurst in The Legal 500 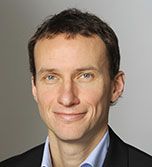