There is a continuously rising number of IP litigation cases in China in the past five years. For example, the number of civil, administrative and criminal IP cases newly filed before the courts in 2018 reached 334,951, according to the Annual Report on the Judicial Protection of Intellectual Property Rights of Chinese Courts (2018), which is an increase of 97,709 (41.19%) over 2017. Among all of these IP cases, the proportion of foreign-related IP cases, about 20%, is relatively high, indicating that foreign-invested companies/foreign persons are increasingly inclined to defend their rights in Chinese courts through litigation.

As we all know, the intangibility of intellectual property results in the fact that IP rights are more easily to be infringed and the damage of IP holders are more difficult to calculate and compensate. A timely and effective protection of IP rights requires to minimize the loss of IP holders and avoid causing great or even irreparable damage to IP holders due to time delays. Therefore, the injunction in IP cases has always been a hot issue in judicial practice. It is of great significance for the timely and effective protection of IP rights.

Implemented on January 1, 2019, the judicial interpretation of the Provisions of the Supreme People’s Court on Several Issues concerning the Application of Law in Examining Cases Involving Injunction in Intellectual Property Disputes provides for the relevant issues concerning injunction. According to incomplete statistics, the Chinese courts accepted 157 cases of pre-litigation injunction and 75 cases of in-litigation injunction in the past five years, the approval rate of which was 98.5% and 64.8% respectively. Injunction provides for IP holders a timely relief when their IP rights are infringed, therefore it is getting more and more attention of IP holders and operators. The author makes several recommendations on how to apply for an injunction based on the newly implemented judicial interpretation and his years of judicial practice (considering the different requirements of different IP rights, the author chooses to analyze this issue from the perspective of trademark infringement case).

I. The plaintiff should prove that the case lies on a clear factual and legal basis, and the plaintiff has a great chance of success.

A great chance of success means the plaintiff will certainly win unless there is evidence to the contrary. If the chance of success does not meet the aforesaid criteria, a normal court hearing procedure should be conducted and the court will not issue an injunction. To be more specific, the plaintiff should 1) submit to the court fully-expounded Bill of Complaint and application for injunction, including a clear trademark pattern comparison and a detailed statement of the infringement, which will enable the court to have a big picture of the case; 2) provide the original copies of trademark certificates instead of photocopies, and ensure that the status of trademark rights is relatively stable and trademarks are not involved in disputes (e.g. an invalidation declaration), otherwise the stability of rights will be more easily challenged; 3) provide a complete chain of evidence to prove that the infringement facts are clear, the law is clearly applied, and provide the corresponding notarized documents to the court.

II. The plaintiff should prove that it will cause irreparable damage if the court does not issue an injunction.

The judicial interpretation provides for the following situations regarding the irreparable damage:

1) The act of the defendant will infringe upon the goodwill or the personal rights such as right to publication or right to privacy that the plaintiff is entitled to and will cause irreparable damage;

2) The act of the defendant will result in the difficulty in controlling the infringement and significantly increase the plaintiff’s damage;

3) The defendant’s infringement will result in a shrink of the plaintiff’s market share;

4) Causing any other irreparable damage to the plaintiff.

Normally, after the court has determined that the infringement and irreparable damage are established, only a significant, not a general degree, imbalance of interests can constitute an exception to an injunction. In the Uncle Martian case, the court comprehensively analyzed the reputation of the plaintiff’s trademark, the business situation in China as well as the defendant’s launch of infringing products, concluded that it would not result in a significant imbalance of interests and finally issued an injunction.

IV. The plaintiff should prove that the injunction will not harm the public interests.

V. The plaintiff should provide the corresponding guarantee in accordance with the law.

In judicial practice, the amount of guarantee is not directly related to the object of litigation, which can be greater than or equal to the damage that may be caused due to mistakenly-issued injunction. The court usually considers the possibility of mistakenly-issued injunction and the tolerance of applicant when determining the amount of guarantee. In the Uncle Martian case, although the plaintiff claimed a damage of CNY 100 million, the court only required a guarantee of CNY 3 million. In addition, if foreign IP holders have affiliated entities in China, they can request their Chinese entities to offer guarantee, which is more feasible. Regarding the way of guarantee, most courts currently prefer a way of cash guarantee.

Compared with property rights, IP rights are not exclusive physically so it is difficult to restore the original conditions after being infringed. Even if IP holders win the lawsuit, they may have lost the market competitive advantage. Therefore, in order to avoid the embarrassing situation of “winning the lawsuit and losing the market”, IP holders should positively exploit injunction to defend their legitimate interests. 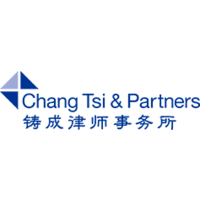 
More in this issue