Arbitration is a ‘one-stop’ dispute settlement system. Arbitral awards are final in the sense that they are not subject to appeals or other usual remedies. This finality brings with it the advantage of efficiency, but carries the risk that if arbitrators make mistakes, the parties will have to live with them. In principle, there is no way to rectify a mistaken award. As the only ‘safety net’, modern arbitration laws provide for the very limited remedy aiming at annulment or setting aside of the award.

When choosing a seat of arbitration in light of the applicable annulment procedure, parties should therefore not only make sure that arbitral awards have the same standing within the country of the seat as domestic state court judgments that they are directly enforceable, that the setting aside proceedings to challenge the award do not, as a general rule, stay the enforceability of arbitral awards, and that the arbitration law provides for very limited grounds, reflecting those in New York Convention or the UNCITRAL Model law, upon which international arbitral awards may be challenged.

Beyond these issues, parties should also carefully assess how the annulment procedure is designed and structured at the prospective seat so that the efficiency of the arbitral process is not undermined, the costs can be controlled and the setting aside application is examined by a knowledgeable and appropriately sized body. The answers to these issues frequently cannot be found in the arbitration law of the prospective seat, but require further analysis.

If finality of arbitral award is to be given its true meaning, the annulment application is ideally heard by one judicial instance only. Any two-, or, worse, three-tiered review system adds to the time, costs and expense without necessarily improving the quality of the review. Surprisingly, however, only very few seats, such as Switzerland and Austria, offer a one-tier review system. Even better, in these two jurisdictions, international arbitral awards can be challenged only before the country’s highest court, ie, in Switzerland, the Swiss Supreme Court.

Moreover, the procedures before the judge hearing the annulment application should be streamlined. This involves several factors.

First, if the official language of the court at the seat is not the language of the award, parties should make sure that the reviewing court accepts documents (including the award) without the need for translation. In Switzerland, the Swiss Supreme Court accepts documents in English, French, German and Italian without the need for translation.

Second, in practice, the procedure should not foresee the need of taking evidence and no need for the arbitrators to testify. Interestingly, even at some very popular seats, courts seized with annulment applications do hear oral testimonies of the very same witnesses that already testified in the arbitral proceedings. At times when verbatim transcripts exist of most arbitration hearings, there is no reason to substitute the assessment of evidence by the arbitral tribunal through that of a state court judge, unless the taking and assessment of the evidence by the arbitral tribunal itself suffers from a severe due process defect. For the purpose of examining the existence of a ground for setting-aside the award, it will, in most instances suffice to conduct the proceedings on the basis of documents only.

Third, the problem of having evidence re-assessed by the reviewing court is amplified if the evidence was assessed by a three-member arbitral tribunal in long hearings, but then is re-assessed by a single judge only. There is not only no basis to assume that the judge’s evaluation of the evidence is more reliable, but the costs of repeating a hearing are not justified absent specific circumstances. Moreover, the parties’ position may be even more uncomfortable if that judge’s assessment is not subject to review by a higher court at all, or only if the very same single judge grants leave to appeal.

Evidently, it may be generally questionable whether it is appropriate to have a single judge examine a setting aside application against an award which was rendered by a panel of arbitrators after lengthy proceedings and careful deliberation. Generally, it seems more advisable to opt for a jurisdiction in which annulment applications are heard by a panel of judges, or, at least where an appeal against judgment by a first instance single judge is not dependent on that judge granting leave to appeal.

Fourth, it is preferable to choose a seat where a court proficient in arbitration matters is seized with any annulment application. In Switzerland, all the actions to set aside arbitral awards are handled by the Supreme Court’s 1st Civil Law Chamber, which ensures both expertise and consistency in the decision-making,

Sixth, a streamlined procedure before a single instance not only leads to a faster decision (in Switzerland, a final decision on an annulment application can be expected within 6 months of the date of the award), but also prevents the substantial legal costs as they are known from some other jurisdictions.

Seventh, parties to which confidentiality of the proceedings is of importance, should carefully examine whether the judgment of the court seized with any annulment application will be anonymised. In many jurisdictions arbitral proceedings become public knowledge, because the judgment in the setting aside proceedings identifies the parties. By way of contrast, the Swiss Supreme Court in commercial disputes as a matter of principle, deletes any references to the names of the parties or other persons involved. 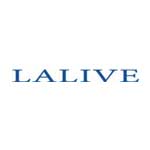