Additionally, this contribution showcases a number of developments that should be on the radar of in-house (tax) lawyers when working in or with the Netherlands.

Over the past few years, the Netherlands has worked to lose the reputation of perceived tax haven. This has been done by introducing several anti-abuse rules (to a large extent required under EU legislation) and by introducing a more selective ruling policy and increasing scrutiny in case of aggressive tax structures.

The majority of measures targeting base erosion and profit-shifting (BEPS) introduced by the Netherlands are a result of harmonisation of direct taxes on a EU level, which the authors describe below.

The Netherlands has had a very strong ruling practice spanning multiple decades. As of 1 July 2019, the Dutch ruling policy has been reviewed and amended, in light of the developments in international tax law as regards BEPS.

Where in the past it was possible to obtain a ruling with minimal substance in the Netherlands, more substance is required to obtain a ruling as of 1 July 2019. However, the Dutch tax authorities still remain accommodative, with, for example, a liaison for potential foreign investors who facilitates the entry into the Dutch market.

At the EU level, many BEPS-measures have been introduced by means of directives. Towards the future, the EU is preparing a directive that would reduce debt-equity bias (by introducing a notional interest deduction) and is looking into introducing rules targeting shell companies. Given the Dutch focus on substance over the past years, the Netherlands should already be largely be compliant with future rules, if these were to be introduced by the EU by means of a directive.

A large number of measures introduced by the Netherlands targeting BEPS are based on rules that had to be implemented by EU member states due to EU directives. This includes measures required under the EU Anti-Tax Avoidance Directive I (ATAD I): controlled foreign company (CFC) rules, rules limiting the deductibility of interest for tax purposes (the so-called EBITDA-rule) and rules on the maximum deferral of payment that can be granted for exit tax. In addition, the EU Anti-Tax Avoidance Directive II (ATAD II) required the Netherlands to implement anti-hybrid rules.

International tax disputes may arise where two (or more) states interpret or apply a bilateral tax treaty differently. This roughly speaking results in two types of disputes: transfer pricing disputes and disputes on the interpretation of the tax treaty. These disputes generally result in double taxation for the taxpayer caught in the middle of such a dispute.

Transfer pricing disputes arise where one state imposes an upward transfer pricing adjustment, and the other states does not grant a corresponding downward adjustment, due to a difference in the application of the arm’s length principle.

Internationally, the largest development since the original BEPS project of the OECD is the two-pillar approach to the digitalised economy (often referred to as BEPS 2.0).

BEPS 2.0 consists of two ‘pillars’. Pillar One provides for the reallocation of taxing rights on 25% of the residual profits from certain highly profitable very large multinational enterprises3. Pillar Two introduces a global minimum effective tax rate of 15%, and has a much wider scope4.

The OECD is currently further developing both Pillar One and Pillar Two, with the intention to implement both pillars as of 2023.

In order to implement Pillar One, the OECD intends to introduce a multilateral convention that would facilitate the assignment of taxing rights to the States party to the multilateral convention, without the need for a bilateral tax treaty between those States. The OECD will also publish model rules for domestic legislation necessary to implement Pillar One.

On 21 September 2021, the Dutch government put forward its 2022 Tax Plan package. Most notably the package contains a proposal implementing the reverse hybrid taxpayer rule from ATAD II as of 1 January 2022, a proposal changing the moment Dutch payroll taxes have to be paid on employee stock options for (currently) private companies and a proposal abolishing unilateral downward transfer pricing adjustments (if there is no corresponding upward transfer pricing adjustment).

The proposal changing the moment Dutch payroll taxes have to be paid on employee stock options is intended to improve the liquidity of (mainly) startups and scale-ups. Under the proposal, Dutch payroll taxes would not be due on the exercise of employee stock options, which is currently the case and often results in disputes with the tax authorities on the valuation of the shares received by the employee. The proposal would allow for taxation at the moment the shares acquired by exercising the employee stock option become ‘tradeable’. The proposal allows for a lock-up period of a maximum of five years, after which the shares will be considered tradeable, regardless of whether or not the employee can sell his or her shares. Certain aspects of the proposal, such as when the acquired shares are considered tradeable, are still being further clarified by the Dutch Ministry of Finance.

Pillar One and Pillar Two

The most recent OECD publications indicate that there is agreement that in-scope multinational enterprises can manage the Amount A Pillar One filing obligations through a single entity. In this regard, the Netherlands may be an attractive jurisdiction due to the capacity, expertise and accommodativeness of the Dutch tax authorities. 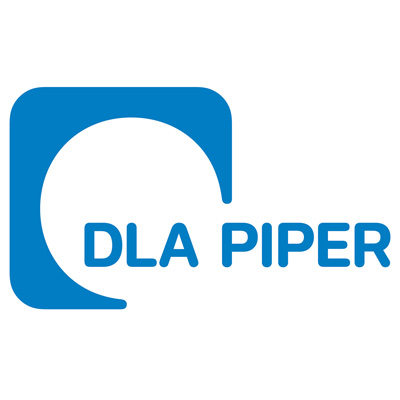 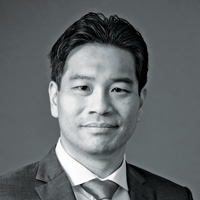 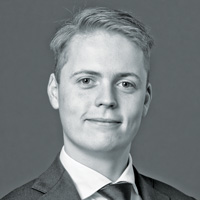