The objective of this brief essay is to highlight legal aspects of significance to a foreign investor looking to do business in India. India, the second-most populous nation on earth and perhaps the fastest-growing democratic country, follows a written constitution. The constitution declares India to be a union of states with the power to legislate split between the centre and the states with some shared concurrent powers.

A significant number of laws considered crucial for doing business in India are enacted by the union parliament and are therefore uniformly applicable in India. These include the companies act, laws governing foreign exchange, insolvency, income tax, banking, non-banking finance and insurance. Certain matters that are relevant to the conduct of business and which are controlled by the state government include land use and allotment of land for industries; stamp duty payable on lease or conveyance of immovable property; licensing of shops and establishment; aspects of employee benefit laws; and the implementation of the Indian penal code.

The foreign exchange law, along with the foreign direct investment policy, governs the ability of a foreign investor to invest into the capital of an Indian company or a limited liability partnership (LLP). There are only a few restricted sectors where a foreigner is prohibited from making any investment, such as engaging in real estate; lottery, gambling or betting; tobacco; or areas which are reserved for the Indian government such as atomic energy and railway operations. In a number of other sectors foreign investment is permitted, albeit with a cap of less than 100% on the foreign-owned shareholding, such as insurance (49%), pensions (49%), print media (26%), FM broadcast (26%), air transport (49%), multi-brand retail trading (51%) and private banks (74%).

In certain sectors, 100% foreign investment is permitted on the basis of fulfilment of certain conditions or obtaining pre-approvals or fulfilment of certain performance requirements. For instance, in defence, where 100% foreign investment is permitted, investment up to 49% does not require any approval, however, for foreign investment beyond 49% approval of the central government is required. This approval may be granted only if such foreign investment is likely to result in access to modern technology, the investee company is structured to be self-sufficient in areas of product design and development and it has maintenance and life-cycle support facility for the product being manufactured in India. Such investment is also subject to separate licensing and security clearance. Separately, pricing guidelines are applicable to subscription of equity shares by a non-resident or transfer of shares of an Indian company between a resident and a non-resident.

Indian companies are permitted to borrow outside India. These external commercial borrowings (ECB) are regulated. There are certain end-use restrictions regarding the proceeds of ECBs such that they cannot be used for real estate activities, investment in capital markets and equity investment. If ECBs are raised from foreign equity holders then the proceeds of such ECBs can be used for working capital purposes, general corporate purposes, repayment of rupee loans and on-lending to entities for the above mentioned activities. The minimum average maturity period for ECBs is generally three years and any call and put-option rights in relation to availing such ECBs cannot be exercised prior to completion of such minimum period. Further, there is an all-in-cost ceiling under the ECB framework, whereby, prepayment charges and penal interest are capped at 2% over and above the contract rate of interest.

The Indian Companies Act 2013 allows the incorporation of public and private companies. In each case, the liability of the shareholders could either be unlimited or limited to an amount equal to an unpaid share capital or guaranteed amount. Private companies are subject to a less onerous compliance regime than public companies. A private company remains the most favoured option among foreign investors to set up a presence in India to do business even though it is prohibited from raising capital from the public. Lately, LLPs (a hybrid of partnership and company) have found favour among foreign investors looking to set up wholly-owned forms of presence in India.

The labour and employment law framework is a mix of central and state legislation. Applicability of employee legislation depends upon factors such as type of industry/organisation, the nature of work performed, location and salary thresholds. For instance, factories are governed by the Factories Act 1948, which is a central legislation (with powers reserved for state governments to make rules and amendments) while shops/commercial establishments are governed by the state-legislated Shops and Establishments Acts.

The income of Indian companies is generally subject to a tax at the rate of 30% (plus applicable surcharge and cess). Dividends are taxed at source at the rate of 20.56% and would be free from tax in the hands of non-resident shareholders.

A dual goods and services tax (GST) regime adopted in July 2017 replaced multiple indirect taxes that were previously levied on goods and services. The GST regime covers all goods and services, except petroleum and natural gas and alcoholic beverages, which continue to be taxed by the respective state governments. The GST regime broadly consists of central GST, state GST and integrated GST. Intra-state supplies of goods or services are subject to the simultaneous levy of Central GST and State GST. Integrated GST levied by the central government is applicable to inter-state supply of goods or services.

India offers a fairly reliable and robust common law based legal system and a predictable foreign investment regime. An investor does, however, need to be cautious of the fine print in various laws and regulations. It is prudent to undertake a thorough diligence on the market and local partners before setting up a presence in India to do business. 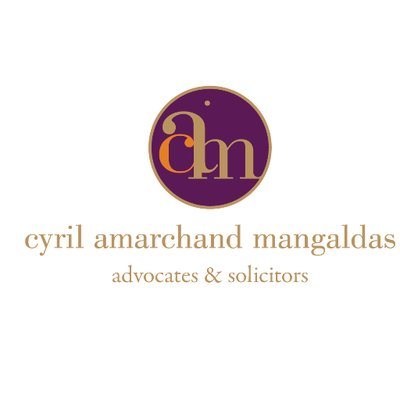