The Foreign Business Act (FBA) governs the scope of foreign participation in business activities in Thailand. Under the FBA, foreigners, unless otherwise exempted, are restricted from participating in certain specified businesses. Foreigners are required to obtain a foreign business licence or certificate before engaging in such activities.

Under the FBA, a foreigner means:

The FBA provides three categories of business activities in which foreigners are restricted from engaging. The said businesses are listed in lists one, two, and three, attached to the FBA. The businesses under list one are closed to foreigners for specific reasons, while the businesses listed in list two must be first approved by the cabinet.

Foreigners may conduct the businesses under list three only after a licence or certificate is obtained from the director general of the Department of Business Development at the Ministry of Commerce.

The exemptions that allow foreigners to engage in the restricted businesses under the FBA, among others, include the Treaty of Amity and Economic Relations between the Kingdom of Thailand and the United States of America (the US-Thai treaty) and investment promotions granted by the Board of Investment (BOI) under the Investment Promotion Act (the BOI Act).

According to the US-Thai treaty, US companies, through their branches or subsidiaries in Thailand, may engage in business on the same basis as Thai companies, except within the areas of communications, transportation, fiduciary functions, banking involving depository functions, land ownership, exploitation of land or other natural resources, and domestic trade in indigenous agricultural products. In addition, to be eligible for the exemptions under the US-Thai treaty, the majority shareholders of the US companies must be US citizens and/or American-owned and American-controlled entities. The majority of the directors must be Thai and/or US nationals and the authorised director must also be a Thai or a US national.

Alternatively, foreigners may seek an investment promotion under the BOI Act. The office of the BOI oversees incentives and privileges for various industries, such as agriculture and agricultural products, electronics and electric appliances and technology development. The incentives and privileges granted by the office of the BOI include tax privileges, such as exemption or reduction of import duties or corporate income tax, and non-tax privileges, such as a foreign ownership allowance of up to 100% (notwithstanding the FBA restrictions), or the right to own land (notwithstanding restrictions in the Land Code).

Although the FBA prohibits foreigners from engaging in certain businesses, it does not restrict foreigners from owning the majority of the capital in a corporate entity.

With respect to the government’s ‘Thailand 4.0’ economic plan, the Thai government has encouraged investments in projects relating to infrastructure and energy, as well as technology innovations via investment and tax incentives.

The Eastern Economic Corridor (the EEC) has been established to promote large-scale investments. It is expected to be a new important hub for trade, investment, regional transportation and a strategic gateway for Asia. The Thai government has launched a pilot project in three provinces of Thailand, namely, Chachoengsao, Chonburi, and Rayong. The ECC has implemented eight programmes for EEC regional development, including infrastructure development, targeted industries development, business hub and financial hub development. The key privileges under the EEC are:

A foreigner is restricted from holding more than 25% of the total voting rights in a financial institution or an insurance company. However, the Bank of Thailand (in the case of a financial institution) or the Office of Insurance Commission (in the case of an insurance company) may allow a foreigner to hold up to 49% and the Minister of Finance, on the recommendation of the Bank of Thailand or the Office of Insurance Commission, as the case may be, may allow non-Thai nationals to hold more than 49% if such company is in financial distress, or an increase of foreign shareholding will strengthen the stability of that company or the overall business system.

Beside the restrictions in relation to foreign ownership, a business operator must also observe the requirements under the other related laws and regulations that regulate business activities. Samples of such licenses range from factory licences, hotel licences, licences to conduct a business that may affect the health of customers (such as a fitness or spa business) to licences to possess hazardous substances.

In addition to the restrictions on foreign ownership and required licences, it is worth noting that there are certain types of contracts that are considered controlled contracts under the Consumer Protection Act (CPA) whereby the terms and conditions must comply with the standards stipulated by the contract committee at the office of the Consumer Protection Board, in order to protect the benefits and rights of consumers. Controlled contracts include membership contracts for fitness centres, residential leases, etc. If a business operator fails to comply with the said standards, it may be subject to criminal penalties that include fines and imprisonment. 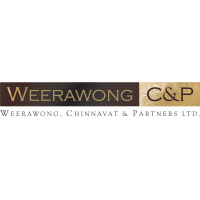