In recent months, the first precedents in Italy concerning the extremely topical matter of platform workers’ status (employees v freelancers) have been issued.

As a general remark, it is worth mentioning that – under Italian law – whenever the principal exercises organisational, directive and disciplinary power vis-à-vis the relevant freelancer, the latter may legitimately claim the status of employee.

According to established case law, the existence of an employment relationship between the principal and the freelancer may also be recognised in cases where exercising the above powers are not demonstrated, such as:

If a worker successfully claims for the status of employee, they would be entitled to these protections, among others: mandatory severance payments; remedies against unlawful dismissals; and paid holidays, which employees are entitled to under Italian law; as well as payment of the relevant differences in salary and social security charges.

Six riders who had been working as freelancers for the well-known food delivery app Foodora brought a claim before the employment judge of Turin. Aimed at the reclassification of their relationships as employment agreements, the claim was based upon the legal argument that such relationships – far from having an ‘autonomous’ nature – had been formed using behaviours consistent with an employer/employee relationship.

According to the ruling issued in May 2018, Foodora’s riders were to be considered as freelancers since, within the proceedings, it turned out that they were not subject to Foodora’s organisational, directive and disciplinary power. The court came to this conclusion based on a number of legal arguments:

Lastly, it is worth mentioning that the court did not make any assessments concerning the fairness of the riders’ pay (namely, €5.60 gross per hour), nor did it ‘examine those complex issues arising from the gig economy’, since no specific claims had been brought by the riders.

The court’s decision was then challenged by the riders before the Labour Court of Appeal of Turin, which in January 2019 had partially confirmed and partially repudiated the first instance ruling.

On one hand, the Court of Appeal confirmed that the relationships between Foodora and its riders were not to be classified as employment agreements. This, according to the Court of Appeal, is because – as detected over the first instance proceedings – riders were entitled to decide whether to perform their duties or not, even after having intimated their availability to Foodora over a pre-agreed shift, without (in such a case) either the obligation to identify a replacement or being subject to any disciplinary sanctions.

On the other hand, the Court of Appeal decided that even if riders were not subject to Foodora’s directive, organisational and disciplinary power, both their working hours and workplace were established by the principal and they were classified as a ‘third’ status of workers, other than either employees or freelancers. Therefore, as per the Court of Appeal’s decision, even if the relationship between Foodora and its riders does not qualify as an employment one, they nonetheless have to receive the same economic treatment as employees should be granted (according to s2 of Legislative Decree no 81/2015. This law is rather unclear and, as it was effective from 1 January 2016, only a few precedents concerning its interpretation have been issued). In particular, the Court of Appeal has ordered Foodora to pay the affected riders the differences in salary – per each hour actually worked during their relationship – between the minimum hourly wages established by the national collective bargaining agreement of Foodora’s sector of operation, and the hourly remuneration actually paid to them (as seen above, €5.60 gross per hour).

This decision paves the way for additional litigation being brought by other workers: we just have to wait for the relevant verdicts, which may then lead to markedly different outcomes compared with the first instance and the appeal courts in Turin. 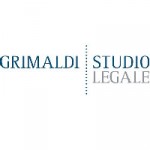