Today, China remains a top destination for foreign investment. As one of the most populated countries in the world, and with a rapidly growing middle-class, there are plenty of opportunities in the Chinese market.

During the last 20 years, regulatory reforms have been paving the way to a much more mature legal system in China, one in line with international standards and stricter enforcement of the rule of law. While China is a place where success can be enjoyed, today, many companies strive to do business in China while adhering to largely outdated practices, which stand to cause them significant losses and damage.

Doing business in China should follow the three ‘C’s: be consistent, coherent and compliant. Defining a clear and consistent proposition is essential to the legal, tax, fiscal and accountancy framework of the business. It is vital the proposition remains consistent, as adjustments will result in the alteration of the business administration and may decrease the credibility of the company. For example, when Company A incorporates a manufacturing entity in China, but, in the first year the proposition is changed to a distributor entity, this can affect several aspects, such as the name of the entity and the scope of business, and, perhaps, require certain licences to be obtained, all of which require certain formalities.

Without coherent actions, a consistent proposition cannot be achieved and the credibility of the business can be lost. Specifically, in negotiations with the Chinese counterparty, inconsistent propositions and irregular actions risk leading to not only confusion, but also distrust. Being transparent in negotiations does not refer to unveiling all to the counterparty, rather to putting forth a fully comprehensible proposition where sound, logical actions are followed.

At this point in doing business in China, being compliant is wholly essential. In recent years, Chinese regulatory reforms have rapidly moved in the direction of the enforcement of the law. Increased digitalisation of business administration and taxation has enabled information to be easily shared across government bureaus. As a result, any foreign or domestic entity in violation of laws, rules and regulation can be identified, resulting in the possibility of strict penalties.

A successful business is directed by a structured legal entity, in which the corporate lifecycle from incorporation to governance to liquidation is controlled by the headquarters. The main areas to consider in business are highlighted as follows:

Filing an application for the registration of a trade mark(s) in China is the first crucial step. China utilises the ‘first-to-file’ rule in filing an application with the Trade Mark Office of the State Administration. Generally, companies outside of China extend their trade mark via the Madrid Agreement Concerning the International Registration of Marks. However, it is common practice in local Chinese courts to recognise ‘first-to-file’ in the territory of China, and not the extension into China.

Investments in China can be a wholly foreign-owned entity or a foreign-Sino joint venture. Effectively, foreign-Sino joint ventures can be utilised where a local partner has an established market presence; the low labour costs and/or the capital; and the foreign party has the history and an established brand. Consequently, both parties contribute to the partnership to achieve mutual benefits. Where there are no advantages to a local partnership, it is advisable to establish a wholly foreign-owned entity, although it is important to note certain industries may be restricted to joint ventures under the Special Administrative Measures on Access to Foreign Investment.

Deploying or employing, managing and developing the right people for the key positions is crucial to the business of a company. In practice, employees can be managed by establishing clear, legitimate and consistent internal company policies. While the labour contract governs the relationship between the employee and employer, the internal company policy establishes fundamental provisions to manage the daily routine, responsibilities and obligations of the employees. As a result, the governance of the company is fully regulated by the investor.

Doing business in China should be done in China. In some practices, companies utilise a corporate structure involving a Hong Kong entity to invest in China. This is largely because Hong Kong is perceived as more suitable and a safer option for investment given the commonality of law and language. However, in this instance, problems or litigation that arise will do so in China and not Hong Kong. Equally, other investors choose a Chinese distributor to avoid incorporating a permanent establishment in China and to generate quick profits. However, doing business in China is not a quick profit generator and success requires investors to be fully committed.

The Chinese market remains one of the most promising and immense markets in the world. However, succeeding in China requires investors to be committed in China. This means utilising the three ‘C’s to create the legal structure to realise your business in China. Not establishing such aspects indicates you do not understand China, China will not understand you, and the full use of China’s potential cannot be achieved.

Doing business in China can be simple and risks can be mitigated by following the proper rules of the game and considering cultural nuances. In doing so, credibility, trust and value is built in China. 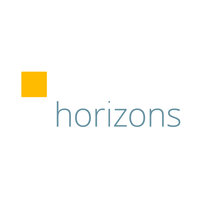