Atsumi & Sakai is a multi-award-winning, independent Tokyo law firm with a dynamic and innovative approach to legal practice; it has been responsible for a number of ground-breaking financial deal structures and was the first Japanese law firm to create a foreign law joint venture and so admit foreign lawyers as full partners. Expanding from its highly regarded finance practice, the firm now acts for a wide range of international and domestic companies, banks, financial institutions and other businesses, offering a comprehensive range of legal expertise.

In this article we briefly touch on some aspects of Japanese law and practice which we have seen to be of most relevance to our foreign clients over the last year.

Although the world’s third-largest economy, Japan has historically had far lower levels of foreign investment than other major economies, a trend which continues to this day with little noticeable foreign business presence outside the financial, real estate and luxury goods sectors despite the fact that there are few activities foreign businesses are restricted from operating or investing in. Disincentives to foreign investors include high taxation, high business costs, language, and cultural adjustments. The Japanese government has taken proactive steps to promote Japan as a destination for foreign business, including tax and other incentives for foreign companies to establish research centres and regional headquarters in Japan, but these have yet to bear fruit.

In the financial sector, the Tokyo Metropolitan Government and Japan’s Financial Services Agency (FSA) have established support desks for inbound foreign financial businesses to consult with them in English on licensing requirements and other issues and be introduced to appropriate professionals, and the FSA, assisted by Atsumi & Sakai and PwC, has published a comprehensive guide in English to the application process for various financial services licences. The Tokyo Metropolitan Government also offers subsidies and other incentives to foreign financial businesses looking to open an office in Tokyo; Atsumi & Sakai has assisted clients in using these incentives.

Once a decision to establish a presence in Japan has been made a number of practical difficulties have to be addressed; for example, there are no pre-formed or ‘shelf’ companies in Japan and each new company has to be formed as it is needed, a process that can take six to eight weeks, and obtaining visas for foreign workers can also be quite time-consuming. Foreign companies also need to be aware of Japan’s employment laws, which are far more protective of employees than those in the US, or even the UK.

Given the complex nature of inward investment in Japan, Atsumi & Sakai has established a market entry support team of lawyers and paralegals from relevant legal practices to provide foreign clients with a one-stop shop to address investment issues. If the foreign investor does not have Japanese speakers in its investment team, Atsumi & Sakai can also assign one of its experienced foreign lawyers to help in the investment process. The firm’s ability to assist in handling financial services matters is enhanced by the appointment of Nobuchika Mori, former Commissioner of the FSA, as an adviser.

2017 saw a fundamental updating of Japan’s data protection regime with the introduction of the Act on the Protection of Personal Information; the Act brings the regime more up-to-date for the era of Big Data, the changes expanding the scope of ‘personal information’, adopting a regime for anonymised data, implementing rules for the transfer of personal information and establishing the Personal Information Protection Commission (PPC) the regulatory body responsible for overseeing compliance with the Act; the PPC subsequently issued guidelines for the handling of data losses. As with the introduction of the GDPR in the EU, the new Act has given rise to complex compliance obligations and Atsumi & Sakai has seen a very significant increase in enquiries from foreign businesses and law firms on the new regime, particularly with regard to data loss reporting requirements as the new data loss guidelines are very general in scope and without firm obligations.

As a society built on consensus, Japan has historically seen very low levels of litigation when compared to the US and UK, with most commercial disputes being settled through negotiations and compromise, with the help of the judge should a matter proceed to court. Although this situation has not fundamentally changed, the last few years have seen a marked increase in litigation, in particular that involving foreign parties and corporate fraud. Probably the most high-profile recent case was the Olympus fraud where the company was accused of hiding very significant losses, which resulted in compensation claims in excess of JPY9bn from shareholders. Although class-action lawsuits as used in the US are not recognised in Japan, Atsumi & Sakai successfully represented a group of more than 60 international clients (including leading foreign pension funds) in recovering a total of JPY4bn in damages from Olympus.

Fintech is probably the most rapidly expanding and developing aspect of the global digital economy, in particular in the finance and insurance industries, its development being so rapid that the law is often having to play catch-up. Japan’s regulators and businesses are taking a very proactive approach to these changes and trying to get ahead of developments, a process Atsumi & Sakai is at the cutting-edge of through the formation of its innovation practice group. Group members are extensively involved in assisting regulators and industry groups on legal developments in Fintech, for example as members of relevant committees in ministries and local government, providing the secretariat of the Fintech Association of Japan and as legal adviser to the Japan Blockchain Association. The team also advises on legal issues surrounding the Internet of Things, AI, big data and autonomous vehicles.

Naoki Kanehisa is a Japanese-qualified attorney (bengoshi) and a partner in the full-service Japanese law firm Atsumi & Sakai; he is currently based in the UK where he heads the firm’s London office. Kanehisa advises Japanese and non-Japanese clients on Japanese law, with a focus on banking and finance, financial regulation, fintech, investment funds and corporate/M&A; he holds a law degree from Tokyo University, a J.D. from Keio University and an LL.M. from Columbia University. 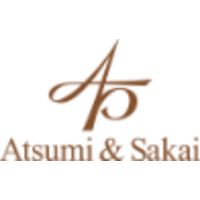