The stay of execution order of the ninth administrative court of Ankara (court) regarding the Turkish competition board’s conditional approval decision dated 8 May 2018 and numbered 18-14/267-129 sheds some light and provides insights for future cases regarding the court’s approach towards behavioral remedies. The court found that the behavioral remedies accepted by the board were not adequate to address the competition concerns and that implementation of such unlawful act would result in irrevocable damages.

The board’s decision is related to the acquisition of all shares of Mardaş Marmara Deniz İşletmeciliği (Mardaş) by Limar Liman ve Gemi İşletmeleri (Limar) (through its wholly owned subsidiary Arter Terminal İşletmeleri (Arter)), which is ultimately controlled by Arkas Group.

In its decision, before delving into the relevant product and geographic market definition, the board first examined the Mardaş’s and Limar’s activities. In this respect, the Board observed that Mardaş, which is the target, is active in container handling services, temporary storage (duty-paid) services, guidance and towage services (through its shares in Ambarlı Römorkaj Pilotaj Ticaret (Arpaş)) and supportive services (through its shares in Ambarlı Liman Tesisleri Tic (Altaş)) at Ambarlı Port located in Istanbul. On the other hand, the board noticed that Limar, which is the acquiring party, provides port services at several ports such as Izmir, Borusan, Limaş, Mersin MIP, Haydarpaşa, DP World Yarımca and Iskenderun Limak. Further, the board noted that Limar’s activities in the Ambarlı region have been carried out under the auspices of Marport Liman İşletmeleri Sanayi ve Ticaret (Marport) which is a joint venture controlled by Arkas Group and MSC Gemi Acenteliği Anonim Şirketi (MSC).

In the assessment of the dominance, the board also took into consideration (i) entry barriers (due to unused capacity), (ii) MSC and Arkas Group being competitors in container transportation market and MSC’s agreement with Maersk within the 2M Alliance, and (iii) post-transaction co-ordination risks in its assessment. It found that these would contribute to the incentives to co-ordinate behaviours in the market and, therefore, lead to a collectively dominant position by MSC and Arkas Group.

As for the vertical relationships, the board found that the transaction could lead to input foreclosure in container shipping (due to cross-shareholdings among undertakings). Particularly, the board noted that the Mardaş port and the alternative ports (other than Kumport) would be controlled by Arkas Group (and its business partners) and access to these ports would be potentially restricted if Arkas Group decided to engage in discrimination against competing container shipping line operators.

In order to address the board’s concerns, the parties submitted a remedy package comprised of behavioural remedies targeting both horizontal and vertical concerns. With respect to horizontal competition concerns in the container handling services market, the parties first undertook to dissociate the corporate bodies of Marport and Mardaş. This meant operational and legal dissociation, such as (i) operating under the direction of different governing bodies, board of directors, general managers etc; (ii) operating from different facilities; (iii) not sharing confidential and sensitive information with each other (and also taking additional measures to restrict information flow and introducing independent audit firms for inspection of the information flow); (iv) ensuring adequate resources for independent activities; (v) employing different personnel in the accounting and legal departments and (vi) operating with different tools (such as vehicles, cranes etc).

Additionally, with respect to the vertical competition concerns in the downstream container shipping line operations and the upstream container handling markets, Arkas Group undertook several remedies involving (i) not changing the commercial terms, operations and certain services offered to current feeder and/or deep sea liner customers of Mardaş for 36 months from the date of the share purchase agreement, (ii) not amending Mardaş’s 2017 standard port services tariff for 12 months from the date of the share purchase agreement, and (iii) following this 12 month period, determining new tariffs in light of competition in the market and avoid excessive pricing and, upon request, informing the competition authority of these prices every six months. Moreover, the parties proposed to provide services to Arkas Group and its business partners’ services on non-discriminatory and objective commercial terms. In order to address the risk of co-ordination, the parties assumed to set up mechanisms for the sake of data security of Arkas Group and Mardaş.

Subsequent to the board’s decision, Kumport (a port also operating in Northwest Marmara) filed an administrative lawsuit against the board through which the suspension of the board’s decision was also requested due to the likelihood of irrecoverable damages from the transactions.

The court emphasised that proposed remedies were required to eliminate all competitive concerns in accordance with Article 14 of Communiqué 2010/4 on mergers and acquisitions that required the approval of the board. As per paragraphs 18 and 19 of the competition authority’s guidelines on acceptable remedies in M&A transactions, the court considered that the behavioural remedies may only be approved in cases that ‘behavioural remedies are capable of attaining a level of efficiency similar to that of structural remedies in eliminating competition problems and in cases where an equally effective structural remedy cannot be found’. In light of this consideration, noting that all of the remedies proposed by the parties were behavioural in essence, the court found that (i) the proposed behavioural remedies would not eliminate competitive concerns, (ii) no effective implementation and monitoring mechanism was adopted with respect to the remedy package, and (iii) the board failed to provide adequate reasoning on how these remedies would address concerns on the creation/strengthening of dominant position and co-ordination effects stemming from the transaction.

As the parties decided to call off the transaction, the court’s first decision on behavioural remedies has been reversed, however the court nevertheless insisted on its decision. Even though there are certain precedents of the board granting approval to transactions with behavioral remedies, such as Bakaert/Pirelli [2015], Turkish Privatization Administration – Toros Tarım Sanayi ve Ticaret AŞ [2008], Migros/AEH [2015] and THY/Usaş, [2006], as also provided under the authority’s guidelines, it is not an uncommon approach to give precedence to structural remedies over behavioral ones, as behavioral remedies may be regarded insufficient in terms of eliminating the competition law concerns arising from the transaction. In this respect, this decision exemplifies that, even if the sole submission of behavioural remedies is accepted and found sufficient by the board, the administrative courts may still be inclined to rule that the proposed behavioural remedies would not eliminate competitive concerns brought about by the respective transaction. As such, the Court’s assessment of the remedy package in both the reversed and the latter stay of execution decisions sheds some light and provides insights for future cases. We are yet to see how the board’s assessment of behavioural remedies would be affected by this decision. n

1) The board found that the concentration level in the temporary storage (duty-paid) services market did not create or strengthen a dominant position while also noting that the transaction would not lead to any competition concerns in the (i) guidance and towage services and (ii) supportive services of Ambarlı Port markets. 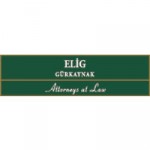