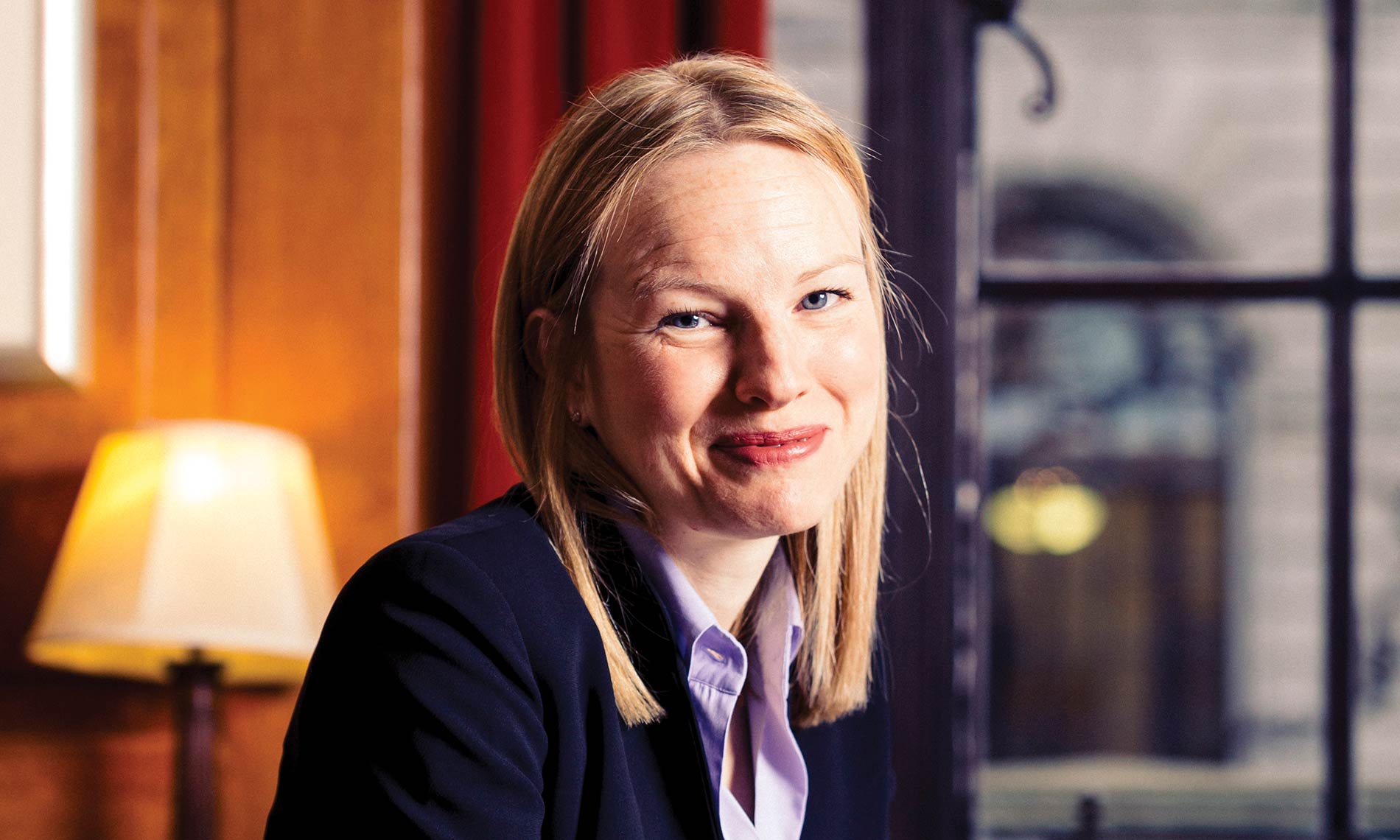 Bank of England (BoE) general counsel Sonya Branch puffs her cheeks as she ponders how much work Brexit has created for her team. ‘It has been absolutely vast,’ she says.

About 65% of the UK central bank’s legal team, which has grown from 90 to more than 150 since she joined four years ago, has been involved since the 2016 referendum in reviewing about 10,000 pages of legislation and tracking 39 statutory instruments, to which it has contributed drafting. ‘The total count was 6,000 pages of binding technical standards, 6,000 rules that had to be changed, as well as 4,000 pages of secondary legislation,’ she observes. ‘That’s just having a regulatory framework for the UK financial services sector that’s fit for purpose on the point of exit.’

That job is not yet finished. And Branch, whose office is a few doors down from BoE governor Mark Carney and a few floors above more than 400,000 bars of gold, is not yet finished transforming the bank’s legal function, either. She took on the top legal role at BoE in May 2015, following the retirement of Graham Nicholson. She claims she only responded to a headhunter’s approach out of curiosity, not seeing how she would be a good fit. It is a common story throughout what Branch calls an ‘unconventional’ career path.

She was serving as the executive director of enforcement and a member of the board at the Competition and Markets Authority (CMA) at the time the BoE came calling. Before that, she had worked at the Office of Fair Trading (OFT) and the Department for Environment, Food & Rural Affairs (Defra). Earlier still, she became the youngest person in Clifford Chance (CC)’s history to become partner, at just 31 years old.

‘That was at the time. I’m sure it has changed now,’ she says. ‘I happened to be doing antitrust in financial services just as it started to grow. We were on the cusp of PPI, the interchange fees debate in Europe was very live and I saw a business case there. It was luck, strong mentorship by a few partners and a little bit of commercial nous.’

In my interview with the Governor I made clear that the absence of a credible internal succession path for the GC was a legal risk management issue.

Branch trained at Linklaters before joining CC in 2000. She specialised in antitrust, working alongside partners such as Alex Nourry, and says at the time her only ambition was to make partner. She was ultimately promoted while on maternity leave in 2006, but still questioned what she viewed as her relative lack of broader experience.

Then John Fingleton, who was at the time the head of economic regulator the OFT, approached her about a job. Branch went along thinking it was a networking opportunity and had no intention of leaving CC. ‘But John is one of the most alluring and stimulating people you can meet. He crafted a very enticing view of the world in which I did a short stint, bringing my value-add to the OFT, then went back to partnership. I know this is hard to believe, but I did not think I would leave and thought this was a way to be a better partner and a better adviser to my clients. It took me about a year to work out that I’d crossed a Rubicon.’

She joined the OFT in mid-2007. Going back to partnership never happened and is no longer on her radar. In mid-2012, the late former Cabinet Secretary Jeremy Heywood brought her into Defra on secondment to lead a Triennial Review of the Environment Agency and Natural England. ‘I realised I was going to stay in the public sector and that I lacked the same network across Whitehall as some people might have if they’d started there. I got some experience at Number 10, the Cabinet Office, Defra, and from there grew the spectre of public sector work.’

The OFT then merged with the Competition Commission to form the CMA. Branch was one of two executive directors who helped bring the two together, ultimately going live on 1 April 2014. The merger combined more than 650 staff and was at the time the biggest change anticipated to the UK’s competition regime for years; this was pre-Brexit, at least.

But again, Branch would be headhunted for another role, this time as legal chief of the BoE. ‘I was looking for a change but could see no bridge to me from the bank,’ she says. ‘They came at it from the angle of an organisation that needed a change management lawyer with extensive experience. Given I had come up the learning curve so often, in so many different regimes, it was a given that my capacity to accumulate information quickly and get on top of a brief were quite attuned.’

The sense of mission in the public sector has given me a narrative I found more fulfilling than the financial incentives of partnership.

That change has come through a programme named One Legal Directorate. A looser structure of nine legal units was streamlined to four and a separate EU withdrawal division set up. The bank’s first two deputy GCs were appointed – David Green and Rob Price – and overall headcount nearly doubled to over 150. The first paralegal roles are about to be recruited, meaning staff will be able to join as a paralegal and move all the way up to GC.

By broadening roles and establishing clearer structures, Branch believes the legal function will become more resilient and consistent. ‘When I joined, there was no clear leadership team, no clear path for an internal successor, no consistent job descriptions,’ she says. ‘The remit of the Bank is vast and the governance structures bespoke. There is, therefore, a steep learning curve for any new joiner. Indeed, in my interview with the Governor I made clear that I viewed the absence of a credible internal succession path for the role of the GC to be a legal risk management issue. Since joining I have focused on establishing a career path that conceivably can take you from a paralegal to GC.’

She is also passionate about diversity, inclusion and wellbeing. The BoE is involved in a scheme called Women Returners – placing people in jobs after extended career breaks – and has a flexibility charter that has seen up to 20% of its staff work from home at any one time, no questions asked. There is a legal directorate internal newsletter that highlights initiatives within the bank twice a month and resources include emergency child care, a gym and counsellors, doctors and dentists on site.

Branch also notes that of the 11 employee networks at BoE, the legal function’s staff chair three of them – mental health (of which Branch is the executive sponsor), BAME, and LGBTQ+. About 60% of her staff is female, while last year’s recruitment round was a third BAME. Branch will also soon incorporate diversity, wellbeing and inclusion as part of the function’s legal services procurement framework. ‘Having come into the bank as an external hire I’m so conscious of what a wonderful place it is to work, but also of the external image it has and how much talent we might be missing just because potential recruits will be intimidated by misplaced pre-conceptions as to what the Bank must be like as a place to work.’

Outside the BoE, Branch is a trustee of the charity Target Ovarian Cancer and of the British Institute of International and Comparative Law, an independent legal research centre. She refers to the importance of a sense of mission multiple times – something she took to after starting her own family of four children: ‘The sense of mission that is in the public sector has given me a narrative for my career that I found more fulfilling than some of the financial incentives of partnership.’

After an enormously busy four-and-a-bit years as BoE GC, the mission has turned to consolidation and stability. It will not be easy given Brexit still looms large. ‘We’ve got to land a robust, functional legal and regulatory framework post-exit for the UK financial services sector: we owe it to the economy, to the country, and the legal directorate within the Bank has played a massive role in delivering that framework. It is utterly intellectually stimulating, it’s a huge responsibility, it’s a historic point in one’s career, but yes, it comes with high expectations.’

At a glance: Sonya Branch